Most people are familiar with the Great Wall of China. Construction started as early as seventh century B.C., with earlier walls being later connected, becoming a longer and more formidable barrier (or fence). Many thousands of workers likely died while building the wall. Today, it’s much quicker and safer to install a Polvin Fence.

Oh, and contrary to popular belief, the Great Wall of China is not visible from space. This isn’t surprising, considering that, while long, the wall is not more than several times wider than your average Polvin fence.

This picture, apparently the first verifiable photo of the Great Wall of China shot from low Earth orbit, was taken by International Space Station Commander Leroy Chiao on Nov. 24, 2004. Can you see the great wall?  Credit: NASA 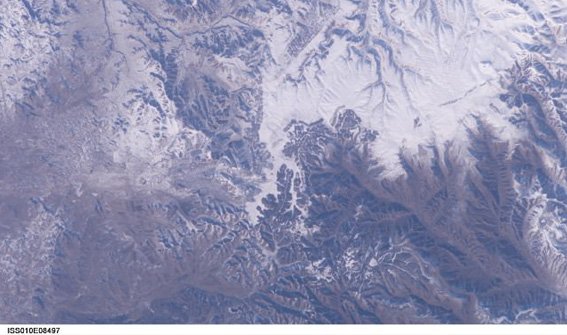